CBD vs THC: What’s the Difference? by Aaron Cadena at CBD Origin

With a rising demand for natural medicines, cannabis compounds, like CBD and THC, are becoming increasingly popular due to their wide range of health benefits. While the close relationship between the two compounds may lead some to assume that both have the same impact on the body, a comparison between the molecular structure of CBD vs THC reveals the exact opposite.

The Difference Between CBD and THC

The two are nearly identical twins.

What differentiates the two compounds, however, is the arrangement of a single atom, which you can observe in the illustration below.

For any of you who weren’t paying attention in chemistry class – an atom is about a million times smaller than a human hair…so we’re talking about a microscopic difference here.

Now you’re probably wondering, with such a microscopic difference, how different can CBD and THC be?

The short answer – very, very different – but let’s go over the details.

Cannabinoids and the Endocannabinoid System

Before we dive in, it’s important to understand what cannabinoids are and how they work with the body.

There are currently 85 known cannabinoids found in the Cannabis plant, the most prominent of which are Tetrahydrocannabinol (THC) and Cannabidiol (CBD). 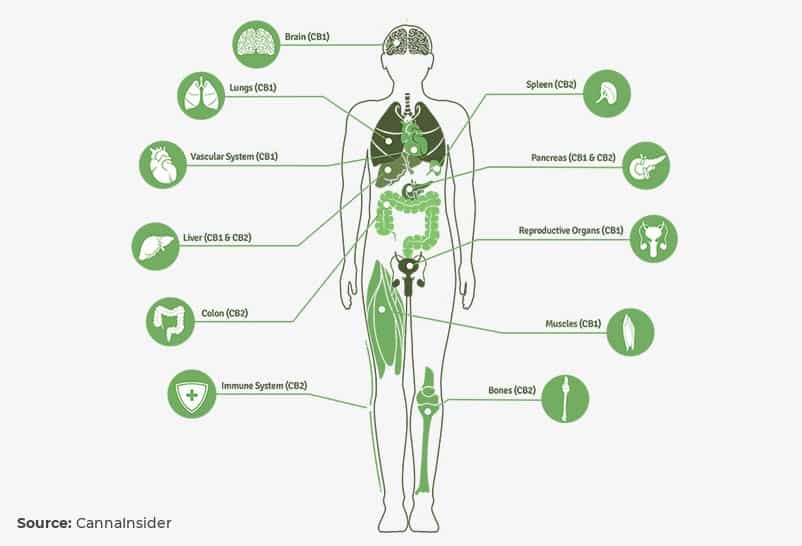 A cannabinoid is a compound that interacts directly with our body’s Endocannabinoid System (ECS), which in short, is a network of receptors that interact with cannabinoids to maintain vital functions throughout our body.

Scientists discovered the first cannabinoid receptor in 1988, and by 1993, they had identified a second receptor. In 1995, the two receptors were classified as the CB1 and CB2 receptors.

CB1 receptors are found abundantly in regions of the brain responsible for mental and physiological processes such as memory, high cognition, emotion, and motor coordination, while CB2 receptors are found throughout the central nervous and immune systems.

The interaction between the CB1 and CB2 receptors with cannabinoids like CBD and THC is the catalyst for health benefits such as pain relief, anxiety relief, appetite stimulation, mood management and more.

Now, this is where the different positions of that tiny atom come into play.

Because THC and CBD have different molecular structures, they do not interact with the CB1 and CB2 receptors in the same manner. This greatly differentiates the effects each has on the body, which is likely the biggest concern when comparing CBD to THC.

CBD vs THC: How Each Affects the Body

While CBD and THC both bind to the CB2 receptor, they interact with the CB1 receptors in different ways.

Because of its molecular structure, THC is able to bind directly with CB1 receptors. When this bond is formed, the reaction creates signals that are sent to the brain, which results in the psychoactive effects of “getting high.”

In stark contrast, research shows that CBD does not bond directly with the CB1 receptor, and its presence can even negate the bond between THC and the CB1 receptors, effectively neutralizing the psychoactive effects induced by THC.

While THC certainly offers tremendous health benefits, its mind-altering effects aren’t preferred by everyone. CBD, on the other hand, can deliver many of the same benefits of THC without inducing its psychoactive effects. Plus, when using CBD vs THC, you typically won’t be breaking the law… And that brings us to our next subject…

CBD vs THC: The Legality Explained 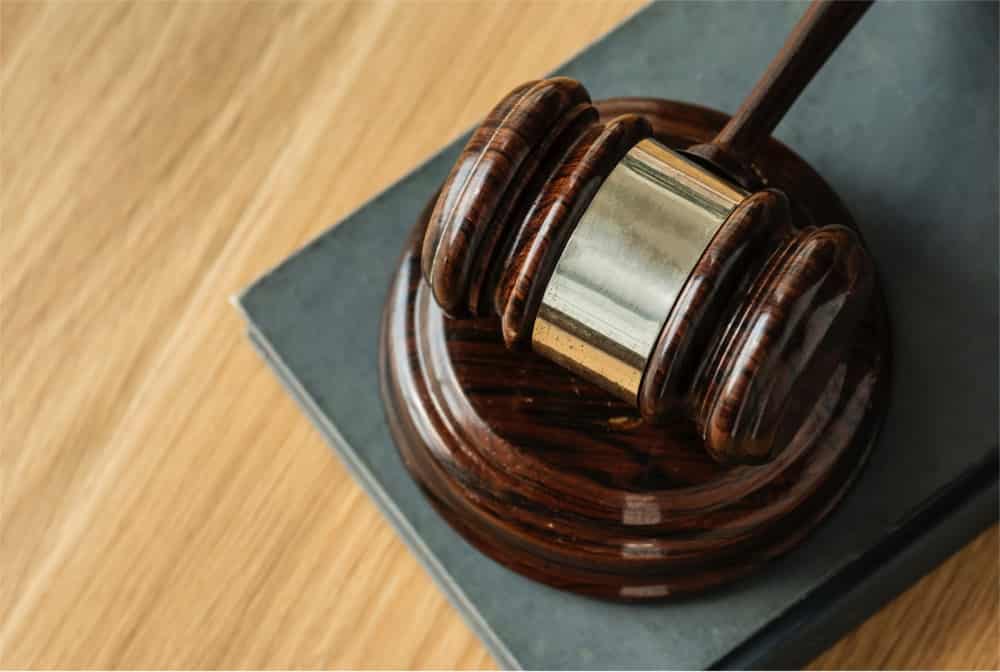 Because of its ability to induce mind-altering effects on the user, THC has been classified as an illegal substance in most countries around the world, including the United States.

While CBD is still in the gray area of the law due to unclear laws and its close relationship with THC, it is much safer to use from a legal perspective.

Under the US Farm Bill of 2014, CBD derived from hemp is federally legal. While this is a federal law, it does not legalize CBD derived from marijuana, and it does not overrule state law. Because states can determine their own laws pertaining to CBD, and the distinction between hemp and marijuana is still unclear to many, the legality of CBD from state to state has become very confusing.

Despite the current legal status of CBD, we’ve made some huge strides forward and we’re definitely heading in the right direction, especially with the upcoming US Farm Bill of 2018. Within a short time, the legality of CBD should be clarified once and for all.

In closing, CBD and THC share many similarities, but they also have distinct differences. I want to clarify that neither CBD or THC is better than the other. Both cannabinoids offer tremendous health benefits, and either both or one of the other could provide the relief you need.

To some, the psychoactive effects of THC could be a benefit instead of a negative side effect. It’s all based on the needs of the individual.

Thanks for reading our article, and I hope we provided a clear comparison of CBD vs THC. If you have any comments or questions, please feel free to engage in the comments section below.

If you’re up to keep learning, here are some more great articles:

CBD Origin is the premier source for CBD knowledge and information. Find informative articles, helpful guides, the latest news, and more at CBDOrigin.com

Karl obtained his MA Economics from Concordia University in Montreal and BA Economics from the University of British Columbia, with special emphasis on environmental and industrial economics. He has written on a variety of different topics including Bitcoin and finance.